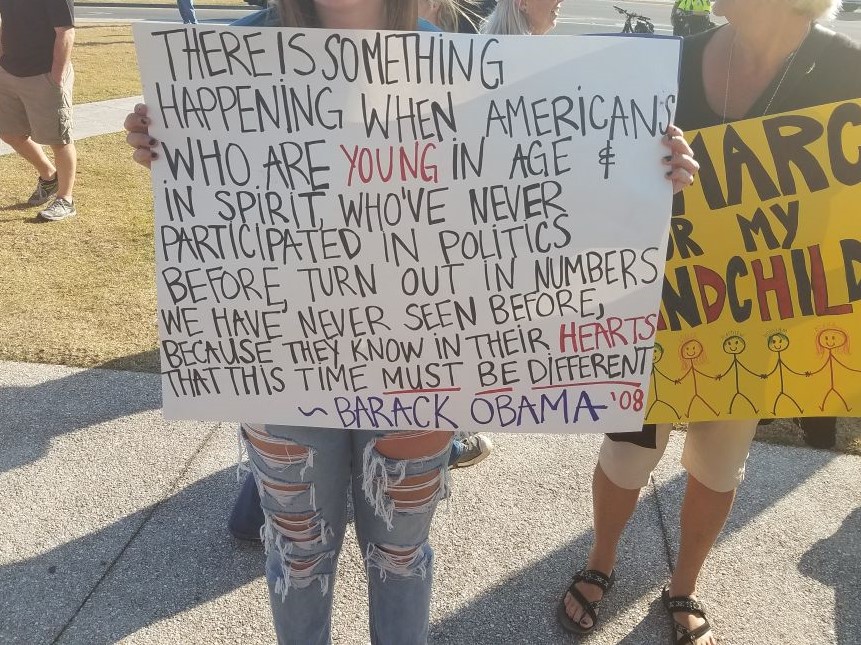 Yesterday we saw a Historical moment take place in cities all over the United States:  children, parents, police officers, teachers, celebrities, and politicians all banded together to voice our need for better gun control. In St. Augustine, Florida, a friend of mine was among them. Raquel and I met through online gaming more than a year ago, and I have been amazed by the level of knowledge, intelligence, and maturity someone so young could exude. At fourteen years old, she has taught me, a forty-year-old woman, life lessons that I will never forget. It is because of her that I have such a deep respect for the youth of our nation and I look forward to seeing what more these children can teach the rest of the world.

I sat down with Raquel today, asking her questions about her experience at the march in St. Augustine. Again, I was not prepared for the depth of her answers to my questions and how passionate she is about playing her part to usher in much-needed change. The pictures at the bottom were taken by Raquel that she kindly shared.

Joni: What was your first impression when you first arrived at the venue?

Raquel: Uhm I was across the bridge from where the march was supposed to start, and as I was walking to the actual starting point of the march, I was surprised but also very pleased with the droves of people gathered there with signs. it was a nice day and everyone was clearly passionate about being there.

Joni: Awesome! So what was the overall feel of the people there?

Raquel: fed up and enthusiastic. there were different chants going on through out the march, and several different points where people who couldn’t march cheered on those involved. one of these points was at the base of the bridge, and atmosphere there was excited and friendly. when the march gathered into a valley for speeches and rallies, however, it was much more serious and emotional. Everyone was passionate through out the entire event.

Joni: Can you tell me what some of the chants were?

Joni: What was it like once you got to the end of the march, were you able to see what was going on in D.C.? Did you have your own speakers there?

Raquel: We had our own speakers, but we couldn’t see what was going on in dc. when we got to the end of the march we stood in crowd to listen to several different speakers. high schoolers, middle schoolers, police, people who know the survivors and several teachers

Joni: How did what they had to say affect you?

Raquel: A few speeches brought me to tears, to be entirely honest. I began to record a couple of them, there was lots of cheering and crying from those in the crowd. I was inspired by the unity, and being a student, most of the speeches about how this was effecting students and teachers resonated with me in particular.

Joni: How is it affecting the teachers and students?

Raquel: I remember what one student said: We shouldn’t have to constantly face our own mortality, we’re kids for gods sakes.
we’re mostly scarred and angry, and most teachers, although completely willing to throw themselves in front of us in an instant, feel like they shouldn’t have too. and they’re right, they really shouldn’t. As for us kids, we are all too familiar with the thought of our mortality. we’ve begun joking, talking about what we want to be if we grow up, but under all the humor the uncertainty is real. 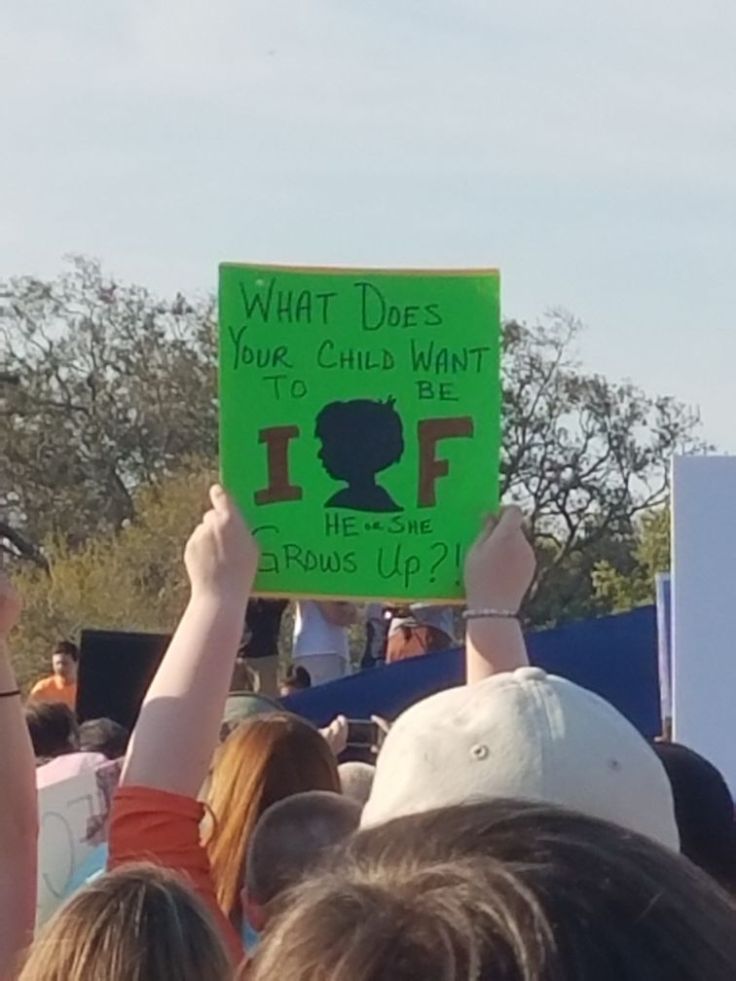 Joni: Wow, that’s really powerful. So outside of the march, how do you feel when you go to school everyday?

Raquel: At this point I try to put it out of mind. I’m usually somewhat tired, stressed, looking forward to some parts of the day and dreading others, but thats really because of the school day its self. Sometimes though, when I walk into that building there is the small anxiety that I may not walk out.

Joni: So you have that underlying feeling that you’re not safe?

Raquel: not always, but often yes.

Joni: What are your thoughts about gun control?

Joni: And how would you propose our lawmakers handle it? What sort of controls would you like to see in place?

Raquel: Concealed carry limits, a gun registry, necessary and constantly renewed license, assault weapons ban, bumbstocks ban, ammunition regulation, mandatory training and safety courses required to own a gun, and private storage laws, to cover most of them. Gun shows need to be much more regulated as well.

Joni: I watched a Youtube video where a man went onto Craigslist and bought an AR-15 from someone who didn’t even check his ID to see how old he was. There was no background check done at all. How does that make you feel?

Raquel: Annoyed. Its too unsurprising and common to really do anything more than highlight my frustration with the issue. At this point I’m numb to that kind of ridiculousness.

Joni: Is there anything else you would like to tell me about the march and how you feel about the entire situation?

Raquel: I think its important to know the wide variety of ages and races and people, really, that were present. It was an important and inspiring event. As for the situation, this wont end here. these people are devoted, we’ll vote them out, we’ll out organize them, out number them, out live them. Information and awareness is the valuable thing, and we have that, as well as persistence, in spades.

Joni: What was that wide variety of ages, races, and people? Now that you bring it up.

Raquel: there were people there marching for there grandchildren and ten year olds marching for older siblings and their future selves. Several people of color were present. there were cops, students, teachers, parents, and several others of many different jobs and professions, all marching for the same reason.

Joni: That’s wonderful. Thank you for sitting down with me.

I have spent the day watching the speeches given by the Parkland students and I was floored. These students are elegant speakers, passionate people, and highly intelligent. Emma’s speech particularly got to me when she was silent. It was uncomfortable but poignant. Even as she stood there, making her point without saying a word, the crowd couldn’t handle that silence. They could not stand there and let that eery quiet continue. And it was very eery, knowing that so many children had no choice but to stay silent lest the shooter hear them and come their way.

This is history in the making, which is why I find it so important to share this on a history blog. This is our Modern History. This is precisely why I write this blog, to begin with.

No More Kids In Cages

A political art project to raise the voices of those detained in immigration facilities.

The Art of Blogging

A journey through the canon of books, music, art and culture

A blog chronicaling my journey to become a better writer in my post Cancer world.

Mind too spins on its own axis between the day and night. There's no wrong or right side.

Smile! You’re at the best WordPress.com site ever

The History Queen
The Workshop

a community for emerging writers

weekly conversations on the world of telling true stories, by Proximity

A journey through the toughest challenge of my life.

Our Modern History
Live to Write - Write to Live

We live to write and write to live ... professional writers talk about the craft and business of writing